It’s hard to imagine a time without the incredible music of OneRepublic. The band, made up of Ryan Tedder, Zach Filkins, Drew Brown, Brent Kutzle, and Eddie Fisher, have been a staple part of our lives since they burst onto the scene in 2007 with ‘Apologize’.

Since then, the five-piece have gone on to achieve global success, with one of their highlights being their mammoth Native World Tour, which travelled across five continents between 2013 and 2015. One of the landmark performances from the tour was their show at The Ticketpro Dome (then known as The Coca-Cola Dome) in Johannesburg, South Africa in front of 20,000 fans.
END_OF_DOCUMENT_TOKEN_TO_BE_REPLACED

OneRepublic’s new DVD, Live in South Africa, is out today. In addition to the concert the band played in Johannesburg in 2015, the package also includes a documentary about their insanely rocky road to the top of the charts. Watching it, OneRepublic guitarist Zach Filkins says it makes him “feel blessed” and “extremely thankful.”

The documentary includes early footage of OneRepublic frontman Ryan Tedder winning an MTV contest years ago that was supposed to be his big break, but that went nowhere. He puts the band together, but they run into many obstacles before finally scoring a hit with “Apologize.” After that, there’s more struggling to prove they weren’t one-hit wonders.

“When I look at [the DVD]…I’m struck by how nothing was easy. Absolutely no part of it was easy for anyone of us,” Zach tells ABC Radio. “The reality was, for a long time, we had no clue whether any of our sacrifices were gonna work…we bet it all.”

“I’m…also extremely thankful for where we are now,” he adds. “I definitely feel blessed and feel like we have to keep going from here to the next step.”

That “next step” is new OneRepublic music, which Zach says they’re working on now, in an attempt to get what he calls “that one or two songs that really represent where we’re going and what we need to do…and as soon as we get those, then they inform everything else.”

But no matter what happens in the future, Zach says the documentary has reminded him that OneRepublic can make it through.

“If we run across difficulties now, we’ve had those before, none of it is a surprise,” he notes. “We should know what to do with difficult times because we’ve had many of them.”

Ed Sheeran, Maroon 5, James Bay and OneRepublic are among the artists featured on a new charity compilation album in support of marine conservation.

The album, Plastic Oceans, features remixes of popular songs by Afro/Latin collective Rhythms Del Mundo. The track list includes Ed’s “Bloodstream,” Maroon 5’s “You Will Be Loved,” James Bay’s “Hold Back the River,” and OneRepublic’s “For What It’s Worth.

You can digitally download the album for a minimum donation of $10 that goes toward Rhythms Del Mundo’s charity Artists Project Earth – specifically their campaign to combat plastics in our oceans and other maritime causes.

For What It’s Worth was previously featured on Rhythms del Mundo: Classics from 2009, you can find it here.

Listen to the song below.

Alesso Vs. OneRepublic, If I Lose Myself

OneRepublic guitarist Zach Filkins tells ABC Radio that with the Native tour, the band was finally able to play the big venues they’d dreamed of.

Despite success with songs like “Apologize,” “Stop and Stare” and “Good Life,” touring was frustrating for the band, says Zach.

“The size venues we were playing in weren’t as big as we wanted,” he says. “We weren’t able to bring the size show that we wanted.”

“For this tour, specifically, we finally felt like we had reached a place where we could bring that show that we had always thought about, and play to the size crowds that we…had in our heads.”

“It was really, like, ‘OK, all this work is paying off, finally — nothing has been handed to us,'” Zach says of the tour. “We felt like we earned it and we really enjoyed it as a result.”

As for documenting the Johannesburg show, Zach says, “We love South Africa…so I think we wanted it to be a little bit exotic and we wanted it to have that energy…early on in our career, we toured through there and it was magical.”

As for performing “Love Runs Out” live, Zach says, “That’s one of the most hyped-up songs that we have, so it kinda gives us that feeling on stage…a really high-energy, driving gospel blues kind of a song. We always look forward to that moment in the set because of that.” 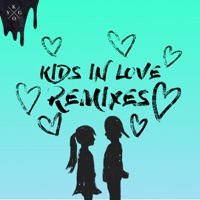