“My perfect commercial is when it doesn’t smell too commercial,” says Olivier François, FCA’s Paris-born chief marketing officer. “It’s almost more of a product placement – and more entertaining – than a commercial.”

The FCA crew gathered the members of OneRepublic to the Greek Theatre in Los Angeles to shoot a commercial for Jeep. Facing a crowd of genuine fans hired as extras, the pop-rock quintet were filmed performing two new songs, including “Connection,” which is being released this week from Interscope.

“The hardest thing to do in the world is to let people know you exist – or that you have a song that exists,” says Tedder, who has grown weary of the time and travel required to promote a new album. “This is a huge campaign. This song will have as much exposure as you can have for a song in 2018.”
END_OF_DOCUMENT_TOKEN_TO_BE_REPLACED

It’s been a while since OneRepublic opened for another act, but starting this Saturday, June 30, they’ll do the honors for superstar country act Zac Brown Band at stadiums in Atlanta, Detroit, Washington, D.C., New York, Minneapolis and Seattle.  OneRepublic doesn’t have a new album to promote but they do have several good reasons for stepping into the opening slot.

“Zac Brown Band offered us a few opening dates in these venues and we thought, ‘Why not? They’re gonna be amazing crowds…let’s do it!'” OneRepublic guitarist Zach Filkins tells ABC Radio.
END_OF_DOCUMENT_TOKEN_TO_BE_REPLACED

OneRepublic’s new single “Connection” is about to get a whole lot of exposure, in a series of new commercials for Jeep, Ad Age reports.

Last month, the band did a special show at the Greek Theatre in L.A. during which they performed “Connection.” Footage from that performance is being featured in the ads, which also promote Apple’s CarPlay technology. The first one, which premieres on TV July 2, is called “Sold Out,” and it shows a group of fans who can’t get into the OneRepublic concert settling for playing “Connection” in their Jeep via CarPlay as they watch the show from high in the hills overlooking the show.

END_OF_DOCUMENT_TOKEN_TO_BE_REPLACED

‘Connection’ is the first single to be taken from OneRepublic’s forthcoming fifth studio album. Following the release of their fourth album Oh My My back in 2016, Ryan shared a candid open letter with fans which revealed that being on a constant album-tour cycle for ten years drove him to such extreme physical and mental exhaustion that he almost quit music for good. Since then, the band have focused on releasing standalone tracks including ‘No Vacancy’, ‘Truth To Power’, ‘Rich Love’ featuring Seeb, and most recently ‘Start Again’ featuring Logic.
END_OF_DOCUMENT_TOKEN_TO_BE_REPLACED 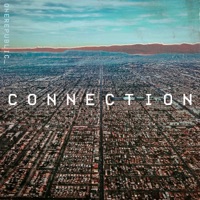