Multi-platinum, Grammy-nominated quintet OneRepublic release “Truth To Power” today, June 30th, on Mosley Music/Interscope Records. “Truth To Power” was written and produced by Ryan Tedder and T Bone Burnett and will be featured in the Paramount Pictures and Participant Media’s Film “An Inconvenient Sequel: Truth To Power,” which will be in theaters July 28th. “Truth To Power” is available for streaming and digital download via all participating digital retailers – http://smarturl.it/TruthToPower.

Watch the lyric video for “Truth To Power” HERE.

“Ten years later we are still talking about climate change,” says OneRepublic lead singer/songwriter Ryan Tedder. “Former Vice President Al Gore has again made a film that inspires one to get involved and do something for our planet. It was an honor to create a song with the legendary T Bone Burnett that speaks to the theme of this movie that the ‘truth’ leads to ‘power’ when it comes to standing up and helping to create change.”
END_OF_DOCUMENT_TOKEN_TO_BE_REPLACED

When Vice President Al Gore and producer T Bone Burnett were looking for someone to write the title song for the Paramount Pictures/Participant Media film, An Inconvenient Sequel: Truth to Power (which opens July 28), OneRepublic’s Ryan Tedder wasn’t necessarily the obvious choice for the follow-up to the 2007 documentary about global warming.

With President Donald Trump pulling the U.S. out of the Paris climate accord, though, Oklahoma native Tedder felt the evangelical fervor of Gore’s message in the film and brought an extra urgency to “Truth to Power,” whose lyric video premieres today on Variety in advance of its release on Friday. Using the metaphor of earth as a jilted lover talking directly to its inhabitants, Tedder and Burnett turned the result into an old-school Pentecostal gospel rouser, a call-to-action every bit as urgent as a preacher delivering a fire-and-brimstone sermon to his congregation.

“I wanted to take a break from writing songs about myself,” says Tedder. “So I took the point-of-view of mother earth turning the tables on those who’d betray her.”
END_OF_DOCUMENT_TOKEN_TO_BE_REPLACED

Truth To Power is a song by OneRepublic which is a soundtrack for An Inconvenient Sequel. It was released on June 30. 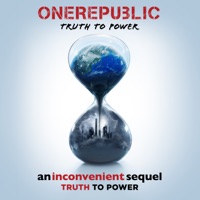 You may be seeing more of that when you hit the road with OneRepublic this summer!

Yeah! I’m beyond stoked for that, it’s going to be sick. I’ve never done a full band show in America and my first one is going to be supporting OneRepublic [Laughs]. We’ve done a lot of acoustic kind of stuff here, but I can’t wait to show people the whole production.

Ryan Tedder is one of the best in the world, in terms of singer-songwriters. I was told that they were fans of me and asked and I was like “Are you f–king kidding me?” It was a no-brainer. It’s weird about him saying that my voice is bonkers — I was fangirling over that for a good full week. Hopefully we’ll drag him on our tour bus while we’re there and get him to produce me a couple of songs.