Beijing’s first ever Grammy Festival took place on Monday at the city’s Changyang Music Theme Park. The event was headlined by international superstar Pharrell Williams, and other famous acts like Phoenix and James Bay and I was given the chance to speak to some of the performers before the event.

I got chatting to Grammy award-winning artist “Daya” [“Don’t Let Me Down”] and Canadian pop sensation Carly Rae Jepsen, whose huge hits include “Call Me Maybe” and “I Really Like You.”

And now for my final interview from the Grammy Festival I sit down with members of the American rock band “OneRepublic,” whose songs include “Apologize” and “Counting Stars.”

The band’s frontman “Ryan Tedder” also happens to write songs for the likes of Beyonce, Adele, Paul McCartney and One Direction. Below is the transcript of some of my interviews with the band and for the rest check out the video attached.

Jenny: So you’re here for the first ever Grammy Festival. What does it mean for you guys to be part of that show?

Ryan: I think it’s really cool. We didn’t really know much about it but then when we saw the lineup… “Phoenix” is one of our favorite bands of all time. One of the producers that we worked with in a couple of our albums, we found him because we liked Phoenix so much that we wanted to work with the guy that worked with Phoenix. So we love Phoenix, Pharrell [Williams] is a good friend of ours and we have the same manager. So between the lineup that’s happening today [Monday 30th April], we’re pretty ecstatic about it. And I think it’s also an important connection between China and the US. The Grammys started as a US-oriented thing but now it’s become a global scale. And I think that doing festivals like this, where artists are hopping across the Pacific, I think it’s just an indicator of how much smaller the world is getting.

Jenny: How do you guys decide who to collaborate and create music with?

Ryan: The best way that it works is when two artists happen to just meet each other and hang out and connect. And then it happens naturally. We have a couple of songs coming up with ‘Logic’ [American rapper] and he and I just jumped on the phone and started talking and texted for like two or three months until we finally got together and did a record. And then the first thing we did was amazing! So we’re putting that out. I think with a lot of artists that’s how the best stuff happens… But collaborations happen a hundred different ways. 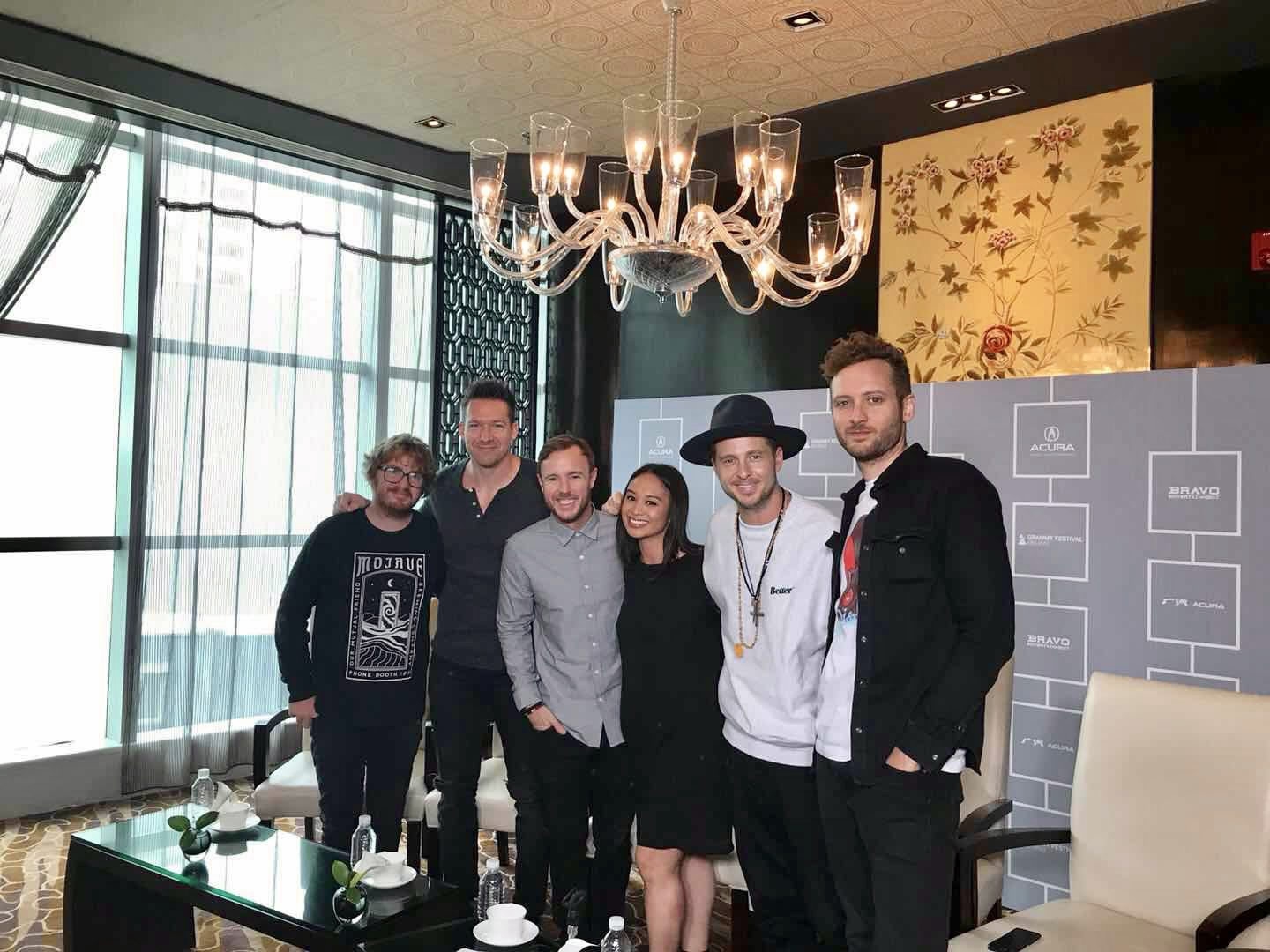 Jenny: Ryan we know you’ve worked with some of the biggest names like Beyonce and Adele, to name a few. Who’s been the best musician or the artist that’s inspired you the most? The one that’s wowed you?

Ryan: Future tours for sure. We are going to be putting out a lot of music this year for the first time in a long time. We’re going to be dropping a bunch of singles. Some of them have features, some of them don’t. But it’s the strongest material that we’ve had in years and it’s just focused. So starting early this summer we’ll be dropping songs through to the new year and there will be a new album, which means there will be a full on tour. So I think the next time we do China, we will branch out from just [performing in] Beijing and Shanghai.

You can watch the rest of the interview by clicking on the video.